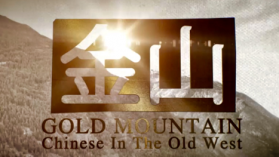 Produced, directed and written by Maggie Burnette Stogner, this documentary is part of a series on Chinese in the Old West commissioned by CCTV-9, China’s documentary channel. Descendants of early Chinese immigrants reveal untold stories about the significant contributions their ancestors made to the building of the western United States. The series is coming soon to the United States.

In The Executioner's Shadow